The following entry contains information on all the employees of Barn Mills flax spinning mill killed in action during the Great War.  In total 15 employees were lost during the war including 6 from the same company who were killed on the first day of the Battle of the Somme.  Also profiled is Private Samuel Hill who is regarded as the first solider of the 36th Ulster Division to be killed in action.  As always with these entries it is a work in progress and will all make up my book the Carrickfergus Roll of Honour.  If anyone has any additional information I would be very glad to hear it. 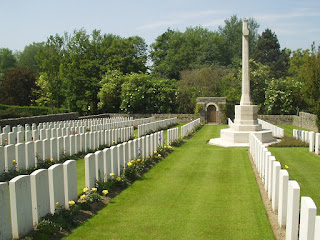 NAME; Lemon, Archibald D
RANK; Lieutenant
SERV. NO;
UNIT/SERVICE; Royal Irish Rifles
REGIMENT; 12th Battalion
BORN; Castlereagh 2nd April 1875
LIVED; 38 Scotch Quarter, Carrickfergus
ENLISTED; Carrickfergus 1915
FATE; Killed in action at the Somme 1st July 1916 aged 41
CEMETERY; Body never recovered
CHURCH;
MEMORIAL; Thiepval Memorial, Pier and Face 15A and 15B
REMARKS; Archie Lemon was the son of Archibald Dunlap Lemon and Ellen Workman of Edgcumbe House, Strandtown,Belfast. He had two sisters, Ellen and Marie and one brother Edward.  He was educated at Methody College Belfast and was an active member of the County Antrim Yacht Club.  Before joining up with the 12th Royal Irish Rifles he lived in 38 Scotch Quarter, Carrickfergus and worked as a flax spinning manager at Barn Mills.  The details of his death are well documented in the 12th Battalion war diary and with eye witness accounts.  The following extract comes from eye witness accounts:


This Platoon was under Lieut. Lemon and was made responsible for the RAILWAY SAP. The Platoon left our own trenches before Zero at the same tine and on the right of the 9th Royal Ir. Fus. but before reaching the RAVINE the whole Platoon with the exception of Lieut. Lemon and twelve men were all casualties. On reaching the RAVINE Lt. Lemon looked for some supports, but as none were available he advanced with his twelve men to enter the Sap. When he reached. the Sap he had only nine men left, but he entered the Sap at the Railway bank. L.Sergt. Millar and three men moved to the right to bomb down the Sap, but, these were soon all casualties. Lieut. Lemon and the remainder of the men advanced up the main Sap. The thick wires running into the first large tunnel was cut by Rfmn. Gamble who was the first bayonet man. There was a Machine-gun firing across the sap from the small tunnel. Lieut. Lemon, however, climbed above the small tunnel with some bombs in order to catch any Germans who might come out and sent the men on. Lieut. Lemon was then shot by two German Officers who fired their rifles at him from the top of a dug out which apparently led into the tunnel. The two German officers were afterwards killed by a bomb which exploded right at their feet. The remaining men got cut off between the 1st and 2nd German line and only two of them escaped.


NAME; Walker, Jerome Lennie
RANK; Lieutenant
SERV. NO;
UNIT/SERVICE; Royal Irish Rifles
REGIMENT; 14th Battalion
BORN;
LIVED; Carrickfergus/ Whithead / Belgium
ENLISTED;
FATE; Killed in action 6th May 1916  aged 27
CEMETERY; AUTHUILE MILITARY CEMETERY: France, D.58
CHURCH;
MEMORIAL;
REMARKS; Jerome Lennie Walker Son of F. Manderson Walker and Helen Lennie Walker of Mount Royal, Whitehead, Co. Antrim.  He attended Campbell College in Belfast between Sept 1903 and July 1905. His address whilst at the school was given as 31 Boulevard Vandenpeereboom, Courtrai (Belgium), where he was based when the War broke out. The school magazine, (The Campbellian Vol.III, p.256) adds "The family escaped during the first week, but [Jerome] remained behind and joined the Red Cross Society with his motor, and drove it until the Germans took possession of the town. He went to see the British troops enter Roulers [now Roeselare] and was unable to return to Courtrai, the Germans having blown up the railway. He managed to reach Ypres and stayed there during the three months of the bombardment, at one time living in a cellar for a fortnight". He then travelled to Belfast via London and obtained a Commission in 14th Battalion Royal Irish Rifles on 31 December 1914.  His father was a wealthy and successful flax merchant originally from Holland, I can only assume he must have done some work with Barn Mills Flax Mill during his time in the area. 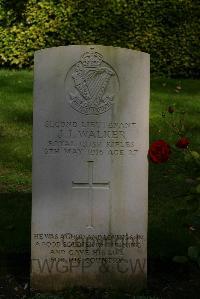 Edward was killed during the Battle of Langemarck on the 16th August 1917.  By 9am on August 16, the Division had been stopped in its tracks. Langemarck may have had Somme style casualties for the Division. There was no glory.
After the battle, General Oliver Nugent poured his heart out to his wife in an honest letter.
He wrote: “It has been a truly terrible day. Worse than 1st July, I am afraid. The whole division has been driven back with terrible losses. Our failure has involved the failure of the divisions on both sides of us and that is so bitter a pill.
“In July last year, we did our work but failed because the divisions on either flank failed us. This time it is our Ulster Division which has failed the army ... I am heartbroken over it.” 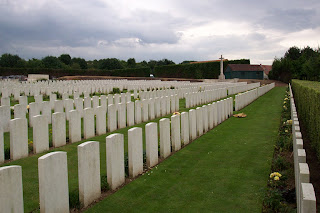 NAME; Hill, Samuel
RANK; Rifleman
SERV. NO; 19557
UNIT/SERVICE; Royal Irish Rifles
REGIMENT; 12th Battalion
BORN; Ayr circa 1882
LIVED; Dunloskin, Carrickfergus
ENLISTED; Belfast
FATE; Died of Wounds – France and Flanders – 22nd October 1915 aged 23
CEMETERY; Doullens Communal Cemetery, Extension No. 1(France) – II. D. 1
CHURCH;
MEMORIAL;
REMARKS; Son of Samuel and Elizabeth Hill, of Rushpark, Whitehouse, Belfast. Prior to signing up he worked on the floor of Barn Mills and like many of his colleagues joined up with the 12th Battalion.  He was a fine footballer and the local papers of the time have many references to his performances with Barn Swifts Football Team.  Samuel Hill was the first man of the Ulster Division to be killed in action during the Great War.

NAME; Moore, Anthony
RANK; Rifleman
SERV. NO; 414
UNIT/SERVICE; 12th Battalion
REGIMENT; Royal Irish Rifles
BORN; Carrickfergus 1885
LIVED; Taylors Row, Carrickfergus
ENLISTED; Belfast
FATE; Killed in Action, France, June 6th 1918 aged 23
CEMETERY; Ham British Cemetery, Muille-Villette (France) - II E. 24
CHURCH; Methodist
MEMORIAL; N/A
REMARKS; Anthony Moore was born in Taylor’s Row, Carrickfergus in 1897 – He was the son of Robert Moore a local butcher in the town and Margaret Moore and brother of William, Agnes, Mary, Robert and Thomas.  Prior to the war he worked as a mill hand at Barn Mills flax mill and a labourer at Sullatober bleach works.  He was also a popular and active member of the Sullatober Flute Band.  Anthony enlisted with the 12th Battalion Royal Irish Rifles in 1915, he was Injured on the 2nd July 1916 during the Somme offensive suffering from shock he was sent to hospital for a period of time.  After a period of recovery he returned to the front were he served gallantly, he was killed in action on June 6th 1918 aged 23.  There is some doubt Anthony’s age; on his death he is reported as 23 however according to the census he was only 20 or 21.  It would appear like many young men at the time he had lied about his age and therefore enlisted when he was only 17. 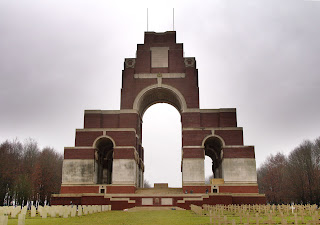 The following Obituary from one of his sisters appeared in Carrick Ad. June 16th 1916:

“Although he now at anchor lies


His plot, Christ to meet”