Following training at Clandeboye and England he was sent on active service to France in October 1915 and served across the Western Front with the 12th Battalion.  He was taken prisoner of war on 1st July 1916 on the first day of the Battle of the Somme and spent the next 2 and a half year in Minden POW Camp in Germany.  He died of Spanish Flu in captivity on 22nd October 1918 just week before the end of the war.  He is buried in Cologne Southern Cemetery in Germany, location V. A. 7. 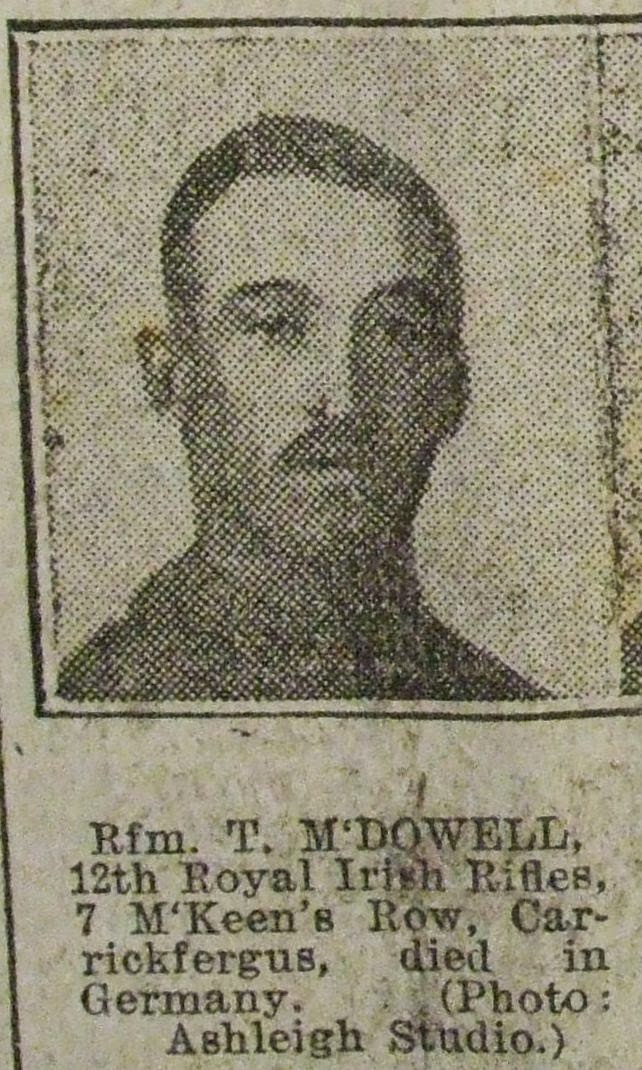