John was born in Carrickfergus 1886 the son of John & Matilda Logan - brother of Charles, Daniel & Sarah-Anne. His brother Charles was killed in action in 1917.

John's body was never recovered and he is remembered on the Loos Memorial in France Panel 124 (pictured).

We will remember them. 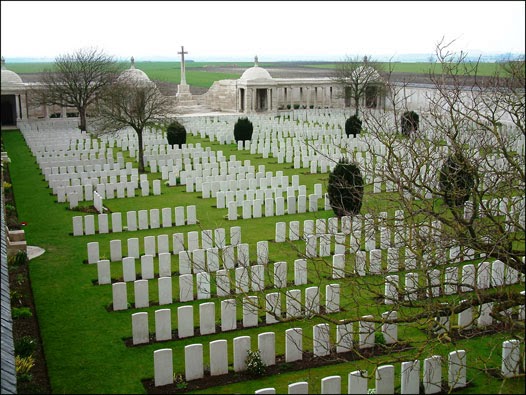 The Loos Memorial forms the sides and back of Dud Corner Cemetery.

Loos-en-Gohelle is a village 5 kilometres north-west of Lens, and Dud Corner Cemetery is located about 1 kilometre west of the village, to the north-east of the N943, the main Lens to Bethune road.

Dud Corner Cemetery stands almost on the site of a German strong point, the Lens Road Redoubt, captured by the 15th (Scottish) Division on the first day of the battle.

The name "Dud Corner" is believed to be due to the large number of unexploded enemy shells found in the neighbourhood after the Armistice.

The Loos Memorial commemorates over 20,000 officers and men who have no known grave, who fell in the area from the River Lys to the old southern boundary of the First Army, east and west of Grenay. On either side of the cemetery is a wall 15 feet high, to which are fixed tablets on which are carved the names of those commemorated. At the back are four small circular courts, open to the sky, in which the lines of tablets are continued, and between these courts are three semicircular walls or apses, two of which carry tablets, while on the centre apse is erected the Cross of Sacrifice.
Posted by Unknown at 03:12