Andrew was the son of Andrew and Isabella McAllister of Thornton, Belfast Road Carrickfergus.  He moved to Belfast around 1913 to seek employment and on the outbreak of war enlisted with the West Belfast Volunteers who were formed into the 9th Battalion Royal Irish Rifles.

Andrew was wounded in action in fighting around Ypres and subsequently died of his wounds in 25th February 1917.  He is buried in St Quentin Cabaret Military Cemetery in location II.B.4.  St. Quentin Cabaret was an inn about 460 metres east of Kandahar Farm, near the village of Wulverghem (now Wulvergem) and the front line. At times, the inn was used as battalion headquarters.

The cemetery was begun in February 1915 by the 46th (North Midland) Division and continued to be used by the divisions holding the sector until it fell into German hands with the capture of Wulverghem in April 1918. The village and cemetery were recovered in September, but only two further burials were made. There are 460 Commonwealth burials of the First World War in the cemetery of which 81 belong to men of the Royal Irish Rifles. 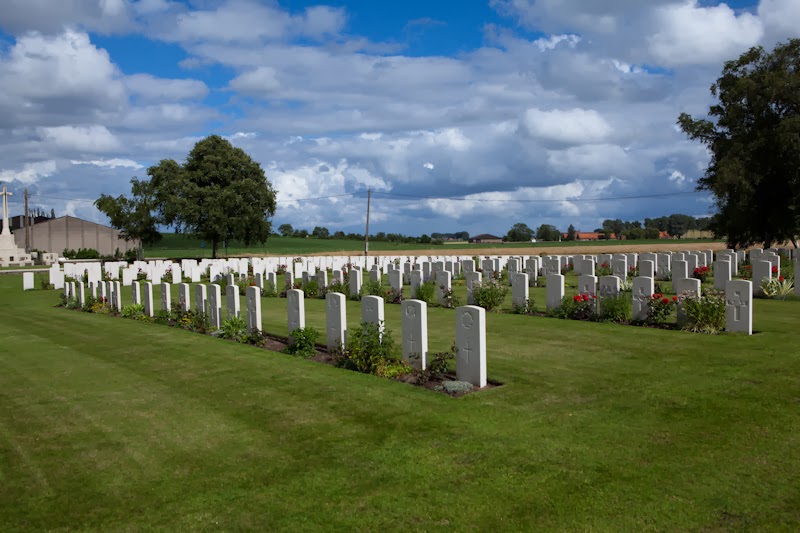