99 years ago today the following entry appeared in the Carrickfergus Advertiser - it gave details of 102 men from Carrickfergus who were part of the 3rd Battalion Central Antrim Regiment of the Ulster Volunteers and had presented themselves to be attested in Lord Kitchener's British Army.

Following medical inspection and enlistment the men were assigned to companies and prepared to head to Clandeboye for training.  The paper notes "The departure of the men from Carrickfergus yesterday morning (17th September) was a noteworthy event in the history of the town.  ....Headed by the Carrickfergus Amateur Flute Band...along the route there was a lavish display of flags and bunting, and the towns people turned out in great numbers to bid farewell to the gallant lads who had responded to their country's call."

This one article for me sums up the patriotic fervor that swept across Britain following the outbreak of the war and the desire among many young men in Carrickfergus and across Ireland to do their bit for 'King and Country'. 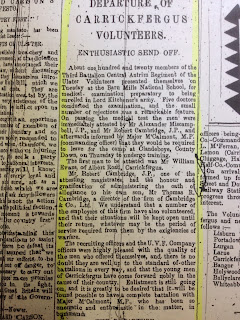 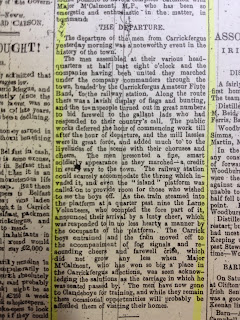 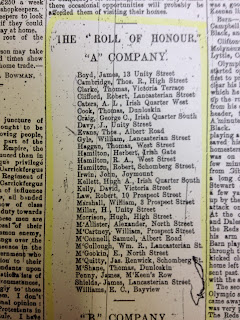 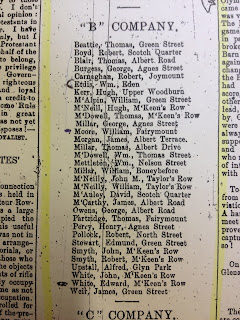 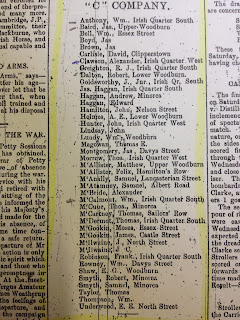