Early in the First World War, Hawke, commanded by Capt. Hugh P.E.T. Williams, was engaged in various operations in the North Sea. On 15 October 1914 Hawke, sailing with her sister ship Theseus, was torpedoed by German submarine U-9. The submarine's first torpedo missed Theseus but hit Hawke, igniting a magazine and causing a tremendous explosion which ripped much of the ship apart. Hawke sank in a few minutes with the loss of her captain, 26 officers and 497 men; only 70 of her 594 crew survived. Of the men who died that day were two sailors from Carrickfergus, Stoker 1st Class Marriott (Martie) Robert Donald of Red Brae Cottage and Stoker 1st Class Andrew McAllister of Patterson's Row.  Neither body was ever recovered and both men are remembered on the Chatham Naval Memorial in Portsmouth.

The U-Boat that torpedoed HMS Hawke - U-9 - was also responsible for the sinking of a number of other Royal and Merchant Naval vessels including HMS Cressy in September 1914 on which Carrickfergus man Henry McMurran was killed.  The profiles of all 3 men are listed below the picture of HMS Hawke - as always any information you could add will be greatly received. 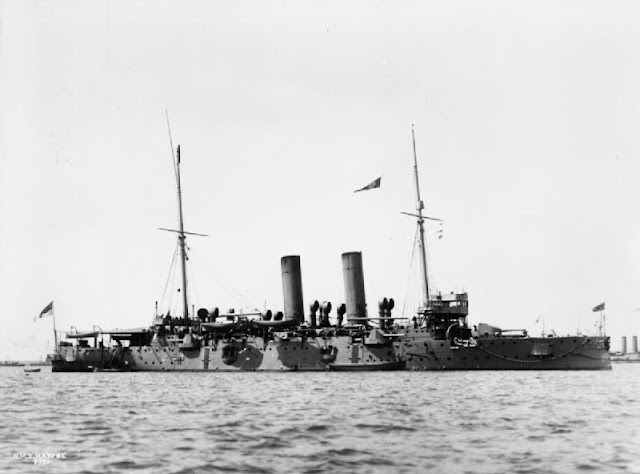