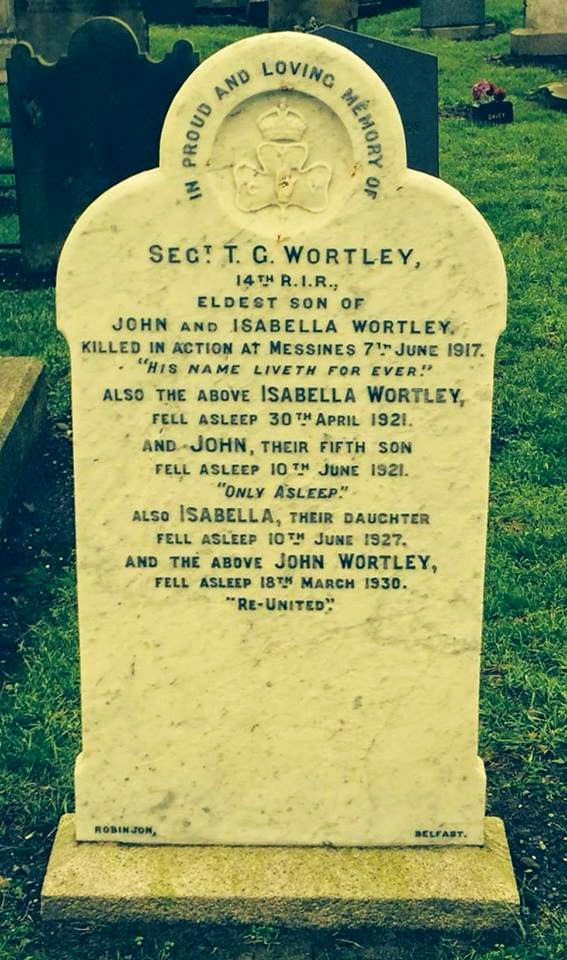 Thomas was the son of John and Isabella Wortley and husband of Hannah Wortley of 2 Fleet Street, Belfast.

Thomas is buried in Spanbroekmolen British Cemetery location C.10 along with another Carrickfergus man Rifleman James Sharpe also killed in action on the same day.

Spanbroekmolen British Cemetery is located 8 Km south of Ieper town centre, on a road leading from the Rijselseweg N365, which connects Ieper to Wijtschate and onto Armentieres.  The cemetery is named after a windmill which stood nearby and contains the graves of men killed in action on the first (or, in three cases the second) day of the Battle of Messines in 1917. The cemetery was destroyed in subsequent operations but found again after the Armistice.

There are 58 casualties of the First World War buried or commemorated in the cemetery. Special memorials commemorate six servicemen who were known to have been buried in the cemetery but whose graves were later destroyed. I was lucky enough to visit it last year and will do so again this year, for me Spanbroekmolen demonstrates the remoteness of so many Commonwealth War Graves.

Sergeant Wortley is also remembered on a Memorial Stone in St Nicholas Church Yard, Carrickfergus and each year (today) the Carrickfergus Friends of the 36th have a wreath laying parade here to remember all those lost in the Battle of Messines. 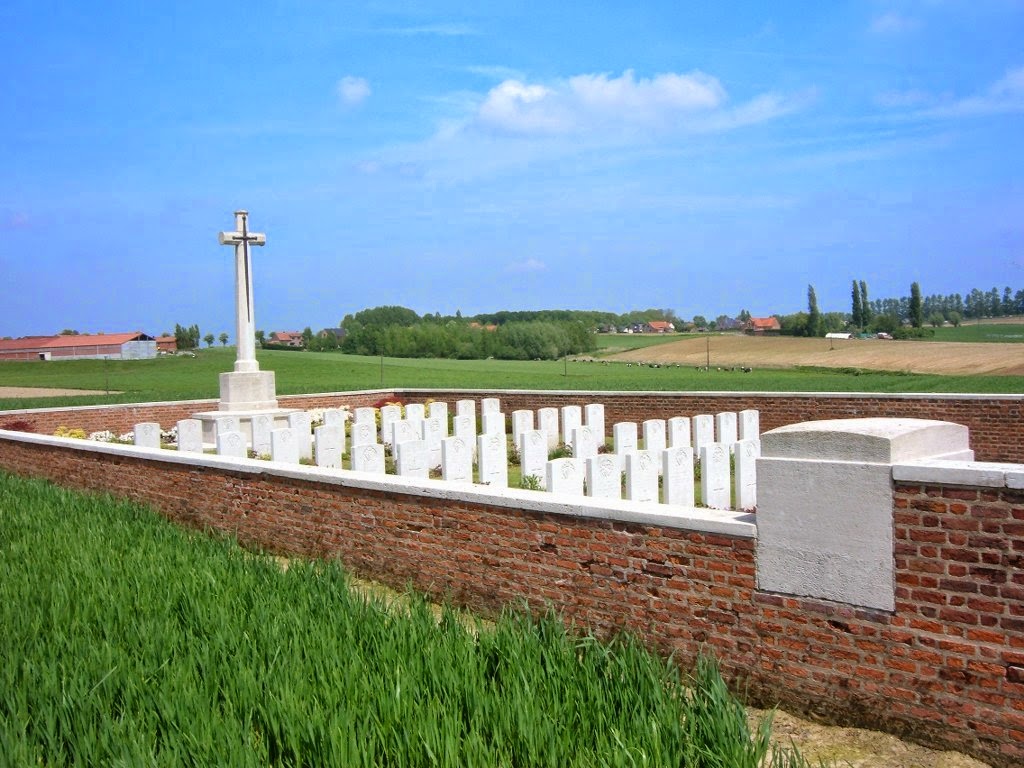 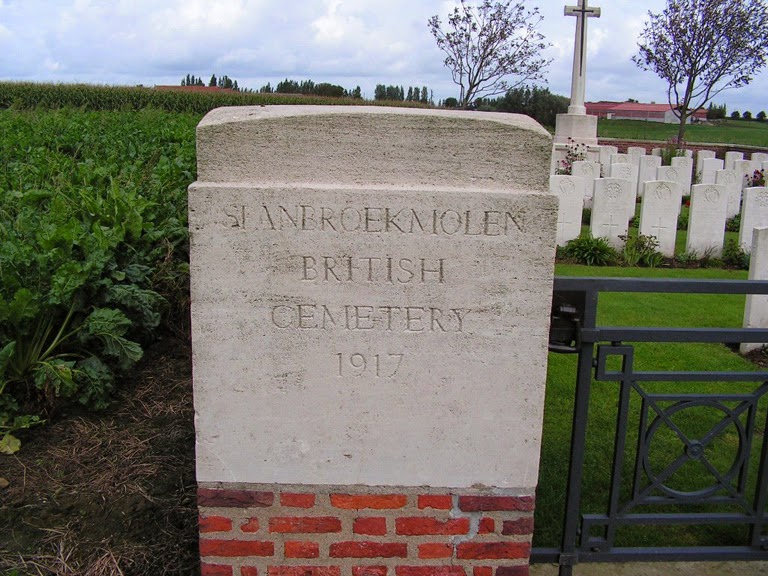